If you’ve never heard of turbinates before then you’re not the only one! As long as they’re working well then the subject is unlikely to ever come up; they are also not something that your regular doctor (GP) is able to review – finding out there’s a problem first requires a referral to an Ears Nose Throat (ENT) specialist because of the symptoms you are experiencing.

Your turbinates can have a surprisingly large impact on your quality of sleep; this is especially true in young children and the problems are even more exacerbated if they also have troubles with their ears, adenoids, and tonsils.

Turbinates are bony structures (covered in moist tissue called the nasal mucous membrane). Inside your nose there are three sets of turbinates: upper (superior), the middle, and the lower (inferior). 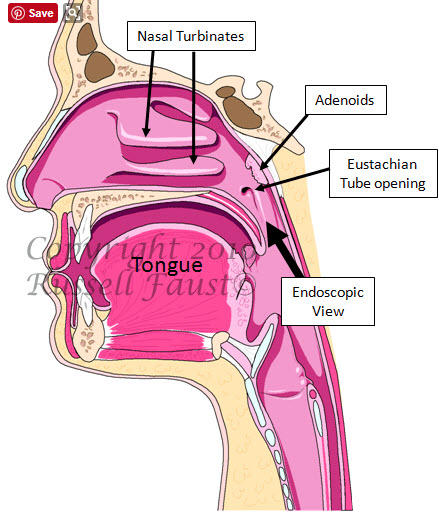 Why do we need turbinates? What do turbinates do?

The turbinates have several important functions: 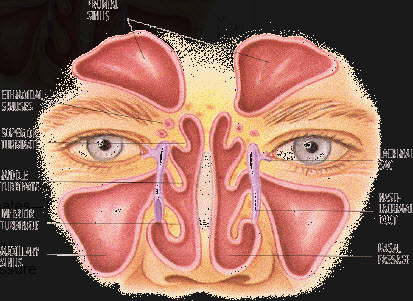 What causes turbinates to swell?

One of the most common causes of swollen turbinates (turbinate hypertrophy) are airborne allergies (allergic rhinitis) such as grass or weed pollen, birch tree pollen, or dust mites.

Other causes can include repeat upper respiratory infections, hormones, drugs, medication (i.e. as a complication from long-term nasal spray use).

Healthy inferior turbinate – you can see quite clearly that there is a tunnel for air to flow freely past the turbinates.

Swollen turbinates – you can see how they have swollen and are bulging out across the airway to the nasal septum.

What are the possible side effects of swollen turbinates?

Why do turbinates need surgery?

An Ears Nose Throat (ENT) specialist will be able to examine the interior of the nose quickly and painlessly during outpatient appointments; they may also opt for imaging scans such as x-ray or CT.

It is likely that they will suggest trying non-invasive means initially to see if this reduces the swelling, This is likely to involve a steroidal nasal spray and anti-histamine medication (in the case of allergic rhinitis). They may also recommend additional saline spray / drops to help keep the nose irrigated, or using a humidifier.

If these options do not work an symptoms have not been alleviated then they are likely to recommend surgery. Note: it is important that turbinates are reduced (not removed) and they will slowly regrow; in order for them not to become swollen again, any other underlying issues must still be addressed.

Turbinates perform highly important functions and removing them entirely can cause a raft of new issues; surgeons will normally opt to reduce the turbinates. There are different methods that can be used; some remove tissue and others aim to shrink them through other means.

Turbinoplasty is generally an outpatient procedure performed under general anaesthetic and patients can go home the same day.

Want to find out more about surgery or risks? The American Rhinologic Society has useful information.

What happens after surgery?

You can expect to have pain, fatigue, nasal stuffiness, and a clear fluid nasal discharge for several days after surgery. If this was the only surgery being performed then pain is generally mild  and typically well controlled with pain medications. A saline spray and/or steroidal nasal spray are likely to be recommended to use for several weeks after the surgery.

Swelling as a result of the procedure means that there may still be snoring for a week or two after the surgery, as well as a general feeling of stuffiness. The fluid discharge will generally begin to improve and crust after the first week.

Patients may be off school or work for a week and are recommended to avoid strenuous activity for two to three weeks afterwards.

2 thoughts on “What are turbinates and why do they need surgery to reduce them? (Are you sleeping badly? This may be why!)”